International Centre For Relations & Diplomacy (ICRD) condemned with strongest terms the terrorist mass shooting at New Zealand mosques on 15th of March 2019 and invite governments across the world to take action against Islamophobia which result in terrorism. The last few years witnessed dramatic increase on terrorist attacks against Muslim communities across the world particularly Europe often carried out by far-right terrorist groups.

It is reported that a 28 year-old right-wing extremist, live-streaming his racist, anti-immigrant views on social media, barged in the Mosque in Christchurch, New Zealand relentlessly shooting the worshippers. This man is now charged to court on Saturday morning. The victims and injuries in this attack are at least 49, who are all unarmed worshippers praying in the mosque.

New Zealand Prime minister Jacinda Ardern described it as a terrorist attack and stressed that, ‘Many of those affected will be members of our migrant communities. New Zealand is their home.’

The first Muslims settled in New Zealand can be dated back to 19th Century. As conflicts occurred in these countries – Somalia, Bosnia, Kosovo, Afghanistan and Iraq, there has also been refugee fleeing to New Zealand. The latest census figures show that Muslims account for 1.1% of New Zealand’s population.  The Pew Research Center predicts that the population of Muslims in New Zealand is growing and might make up 2.7% of the whole New Zealand population by 2050. The New Zealand Muslim organizations often build peace by inviting people of other religions into mosques to learn about their faith and customs.

The Mayor of London, Sadiq Khan, stated that people have been murdered because of their faith.

ICRD considers this terrorist attack to be a manifestation of hatred and discrimination impelled by right-wing extremists; and opposed to that social media has been facilitating such ideology spreading around. Terrorist attacks have been happening around the West and are considered to be a consequence of political manipulation of racist conflict, religion conflict and immigration.

Director of ICRD, Sameh Habeeb,  blames Media outlets and their Islamophobic discourse and considers it to be the key instigator for such terrorist attacks.

“Misleading stories, titles, and exaggerated numbers and statistics targeting Muslims across the world, particularly Europe and most specifically the UK is alarming. Daily reporting of print newspaper fail to provide accuracy and objectivity and often us biased agenda with anti-Muslim hate speech. The UK Daily Mail, the SUN, the Times and the Telegraph are providing daily examples of Islamophobic content which indeed help radicalise far right white men.” Said Sameh Habeeb

Habeeb also added that Independent Press Standards Organisation (IPSO) has utterly failed in fighting this Islamophobic content due to its wrong producers which only await people to complain against content rather than observing it.

UK Prime minister Theresa May stood to support that, ‘There can be no place in our societies for the vile ideology that drives and incites hatred and fear. We will defeat those who seek to destroy our values, our way of life and seek to divide us.’

The Jeddah-based Organization of Islamic Cooperation (OIC) said the attack served as a further warning on the obvious dangers of hate, intolerance and Islamophobia. The Secretary General of OIC, Youssef al-Othaimeen, urged the New Zealand government to provide more protection to Muslims communities living in the country.

Protecting Muslims, immigrants and refugee is a global issue of human right

In 2015, Islamophobic crime was up 70 percent in London on the previous year. After the London Bridge attacks, anti-Muslim hate crimes increased five-fold.

The independent reported, “Once again, a newspaper’s integrity has been found wanting as the press regulator, IPSO, judged the Daily Star Sunday’s headline, “UK mosques fundraising for terror”, to be “significantly misleading” following a complaint lodged by myself. The paper clarified its error on page 2, noting that UK mosques were actually “not involved in any way”. This came just a week after The Sun was forced to acknowledge that its headline “1 in 5 Brit Muslims’ sympathy for jihadis” was similarly misleading.”

VICE magazine reported that, the European Commission against Racism and Intolerance singled out The Sun and Daily Mail, finding that some British media outlets – particularly tabloid newspapers – used “offensive, discriminatory and provocative terminology”. It cited The Sun‘s “1 in 5 Brit Muslims” front page, which was ultimately debunked, concluding that “in light of the fact that Muslims are increasingly under the spotlight as a result of recent Isis-related terrorist acts around the world, fuelling prejudice against Muslims shows a reckless disregard, not only for the dignity of the great majority of Muslims in the United Kingdom, but also for their safety.”

ICRD expresses condolence to those who are affected in this terrorist attack and urges that this is a global issue of human right that all governments, human right NGOs, humanitarian organizations should denounce this attack and work to prevent from further conflicts.

Muslims, immigrants and refugee should be protected for their right of living with safety and peace rather than sacrificing for hatred, war and conflicts. 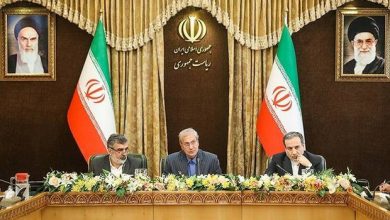 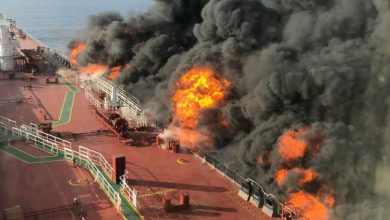 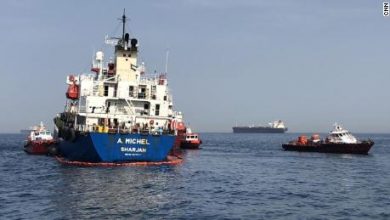