⮚ The Institut Prospective et Sécuritéen Europe / Institute for European Perspective &amp; Security (IPSE) created in 1988 and based in Paris. Its President,Emmanuel DUPUY, was the Mission Leader of the IFML.

⮚ The International Centre for Relations &amp; Diplomacy (ICRD)is a London-based
institution founded in 2017. Its Director,Sameh HABEEB, was the mission’sProject
Coordinator.

– None of the participants represented any national or European official institutions or organisations;

– The present report neither represents nor reflects any specific perception or position of one of the participants on the Libyan crisis;

–  Additional papers reflecting personal views and opinions of some of the participants to the mission are annexed to this statement ;

– The purpose and aim of the IFML was and still is to stand beside – above all – the Libyan people as a whole, irrespectively of whether they reside in Tripolitania (West), Cyrenaica (East), Fezzan (South) ;

– The two associated think-tanks (IPSE &amp; ICRD) are due to conduct afact-finding mission
in Benghazi (autumn 2019) motivated by their quest foran objective assessment.

Context and purpose of the of the IFML

Since the military offensive against Tripoli launched on April 4 by the Libyan National Army (LNA), under the command of Field Marshal Khalifa Haftar, against the Government of National Accord (GNA) headed since March 2016 by Prime Minister Fayez al-Serraj and the Presidential Council, the Libyan crisis is one of the major concerns of the international community.

Following the 2011 popular uprising in Libya against Muammar Qhadafi’s regime, leading to his death in October 2011, the hope for a new Libya as a result of the revolutionary process has been elusive. Instead, there has been a prolonged and seemingly endless civil war between Libyans, provoking a spillover effect that is fuelling more crises in neighbouring countries (Tunisia, Mali, Niger, Egypt, Chad).

According to data released by the Government of National Accord (GNA), the recent crisis has caused the death of 633 Libyans – amongst whom around 50 civilians and 583 militia fighters (from the cities of Misrata, Zintan, Warfalla&amp; Bani Walid). The casualties were inflicted on both the side of the Government of National Accord (GNA), the LNA, as well as some elements of the Madkalist salafist movement that has a strong influence across warring factions.In addition, there are more 3,547 wounded and 91 000 displaced persons 1 .

Beyond this new category of IDPs, there are also 800 000 migrants from sub-Saharan Africa in Libya, aiming to leave the country bound for Europe, crossing the Mediterranean Sea. This transit flow of migrants is a significant source of income for criminal networks that have established links with terrorists and drug -traffickers, fuelling broader instability. The cluster of these security challenges threaten to destabilise not merely Libya, but more broadly the Maghreb and Sahel regions, as well as EU member states.

The electoral process of the first democratic legislative elections of July 2012 and June 2014 provided reasonable hope for stabilisation and an inclusive political process in Libya that would end the conflict. Likewise, the two successive legislative elections under UN auspices and through an internationally validated process defined by the Skhirat (Morocco) agreement of December 17, 2015, provided additional credibility to the democratisation process.

Expert Conference in Brussels "The Stalemate in Libya" 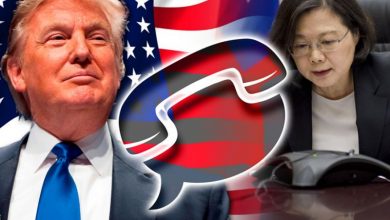 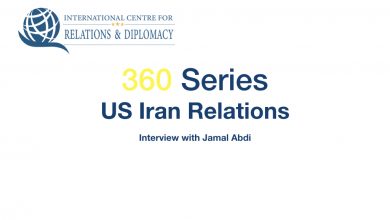