by Sameh Habeeb – As Brexit date is approaching, speculations about the future relationship between Great Britain and United States of America have become almost an obsession for  politicians and policy makers in UK. Given the fact that the relationship between the two countries is built on coordination and cooperation at many levels: national and International,  the normal expectation is a such policy will continue and perhaps further develop in order to make up for the losses Britain might suffer from when it finally abandons EU.  However, some skeptics think that   relationship between USA  and UK will  witness some ups and downs because in all its special relationship with UK, America will put its own interest on any agenda of coordination or cooperation between the two countries.  This article is a kind of extrapolation of the future ties between the two countries in the post- Brexit era.

The historical relationship between the two countries

Since 1945 and exactly when Winston described the transatlantic ties as ‘special relationship’, the term has acquired pejorative meanings and started signify something unsustainable, unpredictable, and unreliable. Unfortunately, historically the relationship between the United States of America and Great Britain  has been governed by some a kind of rivalry in a very egoistic manner, and  sometimes imbued with sense of snobbishness culminating  to an attitude of reciprocal distrust and dislike of the cultural norms each side stands for. Such a special relationship started as that of the colonizer and the colonized through 17 and 18 century. The best description of that special relationship is that of Thomas Pain’s 1776 ‘Common Sense’ when he described Great Britain as an indifferent mother to her daughter America.  That that book triggered the American revolution which involved the two countries in a seven year war. The war of independence of 1775-1783 was not the only war between the two countries, the war of 1812 between Great Britain and the burgeoning American union,  for the Americans, it was a war of regaining self esteem after the British stopped American merchant ships forced them to service; the war continued for three years and ended by the American victory over the well equipped British army.

Nonetheless, such a legacy of competitiveness and hostilities  between the two countries did not prevent them from rapprochement, coordination and cooperation on different levels, political, economic and cultural. The bilateral relationship between  Great Britain and USA reflected almost the same ideals, language, beliefs in democratic principles, and cultural artifacts;   the two countries shared almost the same foreign policy over many issues in the globe. The relationship between the two countries was buttressed during the two World Wars, the Korean conflict, the wars in Iraq and Afghanistan.. Both countries are founding members of North Atlantic Treaty  Organization ( NATO).  The two countries continually consult on major foreign policy  and security issues. UK and USA are the closest allies in their fight against all types of terrorism all over the world. However, such cooperation and coordination was not always the case, mainly when the issue was of interest to UK. Great British and according the documents released by Ronald Regan, was almost betrayed by USA, when the Americans took side against with Argentina against their closest ally over the Falkland Islands. The records of the compromise reached by  Alexander Haig, the Secretary of States during Regan’s demonstration reflected how biased USA was to Argentina. The issue of Island is also matter of contention between the two countries. The Americans were supporting the Nationalist and the Republican who were seeking a united Ireland that includes Northern Island. Finally the Americans brokered the Good Friday agreement in 1998 and that of Saint  Andrews in 2006.

How would Brexit affect the British economy ?

Indeed there is much uncertainty wrapping the economic repercussions of Brexit. There are serious apprehensions that UK’s detachment from EU would result in weakening the already life struggling economy. The early signs of Brexit impacting the UK economy was apparent from day one following the Brexit vote in 2016. Sharp decline in the sterling value has been the trend since 2016; also dozens of conglomerate corporations moved their HQ out of the UK.  It is expected  that the pound value would drop thus causing the prices of goods to rise and this would force the government to increase taxes and reduce subsidies on several farmers and livestock raising. The worst expectation is that the British economy will end up by an impending recession.  Taking about the negative effects of Brexit on British economy , Neil Hal, expressed the concerns of looming recession which is reflected the dwindling UK GDP mainly in the final quarter of  2019, “This indicates that GDP growth in the third quarter of 2019 might be as bad as in the second quarter of 2019. In other words, there is evidence of a looming recession whether or not the UK leaves the EU on October 31,” ( The Conversations. September 5, 2019).  In an attempt to avoid possible recession, the last three British Governments headed by Cameron, May and Johnson suggested that Trade deals with non EU countries will substitute trade agreements with the EU. USA, Australia, Canada, China and Arab Gulf countries are on top list for possible deals with UK. According to BBC Business news, ( July 18, 2019)[1] ,the Office for Budget Responsibility (OBR) said borrowing would be almost £60bn if the UK leaves without a deal – up from £29.3bn if it does get a deal..

What are the Americans expected to do?

Once Brexit takes place, it is expected that the Americans will be the first country that would stand with and support its closest ally, UK. The special relations as it was put in the words of  Woody Johnson, the ambassador to the Court of St. James in an interview with the BBC[2] , “I have confidence that whatever way you decide to go that the U.S. and our special relationship will continue and prosper, no matter what,” ( December 13, 2017). Jonson added that chances of future trade deals should not be damaged by false worries over U.S farming practices which were disrupted by the European barriers to the American products. U.S.A is expected to approve free trade agreements between the two countries, and in the meantime, reregulate its economic ties with  EU in a way to make up for the U.K economic losses after Brexit.  The Americans are expected to not oppose the current free trade between the North and the Republic of Island; the American are expected to  waive its bias when dealing with the issue of Ireland. The post Brexit era should witness more coordination and cooperation of the two countries over many global issues in  manner that would equally take into the consideration of the interest of each country. A caveat should be taken by the closest allies; they  have to continue their special relationship, and should not allow certain cultural differences or any  attitude of residual resentment, impede that unique relationship. Indeed ,without the Americans’ help to U.K , Brexit will leave disastrous effects not only on the economy of Great Britain but on that one USA.

Sameh Habeeb is a senior consultant with a number of European and International NGOs.  In 2017, he also founded the International Centre for Relations & Diplomacy (ICRD) which is an independent, non-profit and non-partisan think tank with offices in London and Brussels. The centre promotes progressive dialogue between government entities, civil society and grassroots movements. Its strategic mission is to ensure rights and democracy are at the heart of international diplomacy and domestic government relations. The centre works with national and international government and non-government entities. While it collaborates globally, it primarily works in Western Europe. ICRD projects involve research, policy recommendations and information dissemination campaigns in order to inform decision-makers to create a fairer and more stable world. 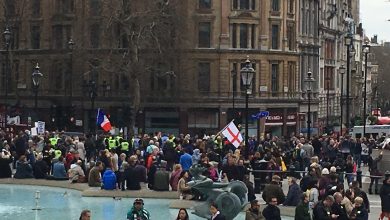 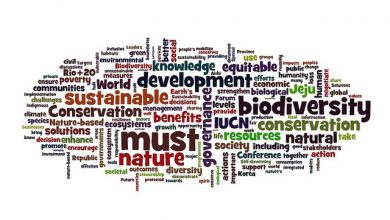