From the United Nations Office of Counter-Terrorism…

Adopted by consensus in 2006

The United Nations General Assembly adopted the Global Counter-Terrorism Strategy on 8 September 2006. The strategy is a unique global instrument to enhance national, regional and international efforts to counter terrorism.

Through its adoption that all Member States have agreed the first time to a common strategic and operational approach to fight terrorism, not only sending a clear message that terrorism is unacceptable in all its forms and manifestation but also resolving to take practical steps individually and collectively to prevent and combat it. Those practical steps include a wide array of measures ranging from strengthening state capacity to counter terrorist threats to better coordinating United Nations system’s counter-terrorism activities.

The adoption of the strategy fulfiled the commitment made by world leaders at the 2005 September Summit and builds on many of the elements proposed by the Secretary-General in his 2 May 2006 report, entitled Uniting against Terrorism: Recommendations for a Global Counter-Terrorism Strategy.

2016 marks the 10th anniversary of the UN Global Counter-Terrorism Strategy.

The General Assembly reviews the Strategy every two years, making it a living document attuned to Member States’ counter-terrorism priorities.

The General Assembly reviews the Strategy every two years, making it a living document attuned to Member States’ counter-terrorism priorities. The fourth review of the Strategy took place in June 2014 (A/RES/68/276) and was preceded by a report from the United Nations Secretary-General (A/68/841) that included an overview of the evolving terrorism landscape, recommendations to address challenges and threats, and a compilation of measures taken by Member States and United Nations entities to fight against terrorism.

How exactly to Cite a Website Using MLA Format 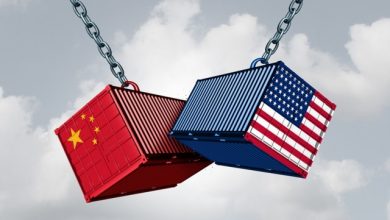