This week in Sudan, the violent military crackdown has feared the Sudan people for pursuing a pro-democracy government. The military forces shot at the unarmed protesters sitting outside the military headquarters in Khartoum on Monday. Currently, the information and situation are difficult to retrieve due to the Sudan government’s blackout on the internet.

Sudanese health ministry, which is believed to be controlled by the military, announced on Thursday that 61 people have died on Monday. It was such brutal violence that UK has asked to meet Sudanese Ambassador as shooting against unarmed civilians is not acceptable. The UK minister for Africa, Harriet Baldwin, said, “Sudan needs to move to a civilian government as soon as possible. The very credible reports of the violence against peaceful protesters is absolutely sickened.”

The UK-based Sudan Doctors Union reported that this incident can be traced back to last December, when protesters marched on streets appealing for a political change; which since there have been more than 100 deaths and 600 injuries.

The situation has become worsened as news released that the protesters leaders were arrested. On Friday, Ethiopian Prime Minister Abiy Ahmed, who emerged as a crucial regional leader, facilitated peace talks between the Sudan military forces and the opposition protesters. However, among the opposition delegates, a politician, Mohamed Esmat, and a leader from Sudan People’s Liberation Movement-North (SPLM-N), Ismail Jalab, were arrested afterwards. Both are leading members of the Freedom and Change alliance who emerged since last December.

Last year in December, Sudanese people protested due to the increasing cost of living and worsening economic situation. As the government back then under the long-time president Omar Al-Bashir did not put forward urgent economic reform, people turned to ask for a political change the president must step down.

This year in April, the president was ousted out of his presidency and the government was taken over by the transitional military council. However, Sudanese demonstration has not stopped. Protesters asked for a civilian-elected council to run the government rather than a military-run transitional government. Leaders from all opposition groups formed to continue their effort delivering protesters’ voice to the government.

The conflict between Sudanese people and the transitional government culminated into a military crackdown on 3rd of June, when military groups opened fire on the sit-in people and then brutally dumped them in a river.

Mediation from the international community

The African Union has suspended Sudan’s membership with immediate effect after the Monday massacre. Moussa Faki Mahamat, the chairman of the African Union commission, announced that there will be an immediate and transparent investigation into the killings on Monday.

Ethiopia involved in as a mediator. Ethiopian Prime Minister Abiy Ahmed visited Sudan to meet with the alliance of Sudanese opposition groups, who were in political dilemma with the transitional military council.

Egypt made an official statement that both the Sudanese military and protester groups should restrain their force and facilitate peace talks.

UK called to meet with Sudanese ambassador to concern about the situation. Irfan Siddiq, the British ambassador in Sudan, also stated that, “there is no excuse for any such attack.” The attack referred to the gunfire he heard in Khartoum, which was followed by the reports of Sundanese security forces attacking the protesters.

The African Union, UNHCR, foreign countries all claimed that the military forces attacks against protesters is convicting crime and must stop.

ICRD hopes that the Sudan crisis can attract more attention from the international community. The military forces attacking the unarmed civilians is unacceptable and unforgivable. The protesters were innocent civilians sitting in front of the transitional government pleading for a peaceful political change. ICRD agrees with UNHCR that Sudan should immediately establish a civilian administration. Moreover, all parties should aim to conduct peace talks and construct a stable governmental transition. 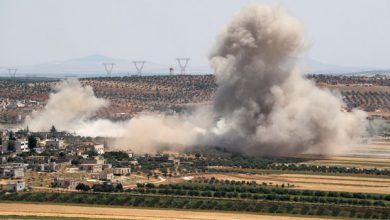